Grassroots Hoop FAB 50 No. 23 Fairfax (Los Angeles) records statement victory over No. 7 Sierra Canyon (Chatsworth, Calif.) in the marquee game of its own Fairfax State Preview one-day showcase. The Lions are now 23-0 as they eye CIF L.A. City and state open division titles.

There was plenty of hype and buzz for the showdown game between Fairfax (Los Angeles), the L.A. City Section Open Division title favorite, and Sierra Canyon (Chatsworth, Calif.), which was up to No. 7 in the latest GrassrootsHoops.net Fab 50 national rankings, in the marquee game of the 2015 Fairfax State Preview before a turn-away crowd at Fairfax High School.

Because the event was ahead of schedule, the two heavyweight teams warmed up for nearly 45 minutes. Sierra Canyon, its roster made up primarily of underclass players, was up for the game while Fairfax came in with a bit more subdued demeanor. It turned out the home club was ready and confident and completed the task at hand, jumping out to a 9-2 lead en route to a 64-47 victory over the No. 2 ranked team in the CalHiSports.com state rankings. Sierra Canyon tied the game early at 14-14 but never led, as Fairfax, ranked No. 23 in the FAB 50, was in control throughout.

The guards of Fairfax (23-0) controlled the game’s tempo, made big shots and were disciplined just enough to keep Sierra Canyon (16-2) at bay. It was the first in-state loss for Sierra Canyon, which dropped a game to Trinity (Louisville, Ky.) at the City of Palms Tournament in Florida.

Fairfax’s trio of guards — seniors Lindsey Drew and Lorne Currie Jr. plus junior sharp shooter Donald Gipson — combined for 41 points on a variety of shots and helped force Sierra Canyon into 19 turnovers. Drew, who will prep at IMG Academy in Florida before heading to Arizona State, led the way on both sides of the ball with 10 points, 11 rebounds, 3 assists and two blocked shots. Gipson hit for 19 points, five rebounds and three steals. Currie’s quickness and flash proved to be too much for much for the Trailblazers to handle, as he finished with 11 points, seven assists and three rebounds.

“We weren’t worried we just wanted to come out and play together,” said Drew. “It’s hard to stop that momentum when everyone is playing that way.”

Sierra Canyon, which was led by sophomore forward Cody Riley with 14 points and 11 rebounds, was done in by a third quarter lull. Coach Ty Nichols’ club trailed by double digits at 39-29 after trailing at halftime 32-25. It scored only six points in the third period and trailed Fairfax 45-31 entering the fourth period. The Lions had a few late moments where Sierra Canyon’s full court pressure bothered them, but the pro-Fairfax crowd and press row never gave thought that the Lions would lose control of the game. 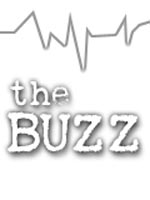 “Our defense won us this game, said Fairfax coach Harvey Kitani, who led his program to CIF state titles in 2004 and 2007. Everyone took their turn stepping up at that end of the court. “We also talked about talking good shots because that helps on stopping their transition buckets. As you saw, they still got some in transition because they are a good team.”

Fairfax, which won three major tournaments this season and faces state No. 3 and FAB 50 No. 14 Mater Dei (Santa Ana, Calif.) next weekend at the Nike Extravaganza, executed fairly well. It usually made more than two passes on each possession and used ball reversals to get open shots. Sierra Canyon, on the other hand, spent more time in one-on-one situations with varying degrees of success. That led to some flat possessions and over dribbling and penetrating at times.

From a national perspective, Sierra Canyon won’t fall too far in the FAB 50 because it still has solid wins over teams such as No. 11 DeMatha Catholic (Hyattsville, Md.), No. 17 Corona Del Sol (Tempe, Ariz.) and No. 33 Archbishop Carroll (Wayne, Pa.). The relatively young team will also have to quickly re-group because it has to play a talented Windward (Los Angeles) team in league one day before it faces No. 3 Oak Hill Academy (Mouth of Wilson, Va.) at next weekend’s Nike Extravaganza.

For now, Fairfax proved in can play with the powers in the CIF Southern Section this year and is a major threat to win the coveted CIF Open Division state title.