For the second consecutive season, forfeit losses for a nationally-ranked club in the GrassrootsHoops.net FAB 50 shakes up the national rankings picture. Hamilton (Memphis, Tenn.) will forfeit 15 victories, including one to FAB 50 national title contender Oak Hill Academy of Virginia. What does this mean for Hamilton’s ranking? How does it affect Oak Hill Academy? Read our explanation.

RELATED: How Teams Get Ranked In The FAB 50

Dealing with forfeits with regards to national rankings can be sticky, but the key is to be consistent with the ultimate decision on how it affects the teams involved.

Last season, Curie of Chicago was the top-ranked team in the FAB 50 when an investigation by the Chicago Public Schools revealed seven players had been ineligible since the beginning of the season. The Condors forfeited all its wins up to that point in the season, but were allowed to compete in the Illinois state tournament.

Without two normal starters, Curie lost in the first round of the state tournament. The Condors finished 24-2 on-the-court and finished No. 26 in the final 2013-14 FAB 50. They were unranked in the other national polls after the forfeits.

This season, we have another eligibility fiasco on our hands. Last Friday, a report by John Varlas of the Memphis Commercial Appeal revealed that FAB 50 No. 2 Hamilton (Memphis, Tenn.) will forfeit 15 of its 17 on-court victories this season. It was reported the Tennessee Secondary School Athletic Association (TSSAA) ruled 6-foot-7 senior Tarrance Baker ineligible for having exhausted his athletic eligibility via the “eight semester” rule. In nearly every state, student-athletes can compete in athletics for no more than eight consecutive semesters unless granted a special waiver.

It appears Todd Day’s club will still be eligible for the post-season, but what does the ruling mean for Hamilton with regards to the FAB 50? And what about the teams it beat, namely seven-time FAB 50 national champion Oak Hill Academy (Mouth of Wilson, Va.), which checked it right behind Hamilton at No. 3 in the FAB 50.

Forfeit Wins Are Not On-Court Wins

All the credible national polls don’t handle forfeits the same. We note forfeits with an asterisk and rank teams accordingly based on how they perform on the court. With regards to the FAB 50, we always look to put the best interests of student-athletes first and leave governing bodies and off-the-court factors out of the equation as much as possible. Our focus is results and in no way, shape or form do forfeit wins or default wins count the same as wins on the court. 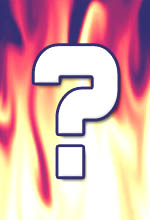 For now, Hamilton is still ranked No. 2 in the FAB 50 at 17-0* with Oak Hill Academy ranked No. 3 at 31-1*. Oak Hill Academy is technically 32-0, but we wouldn’t ever vault a team to the top of our FAB 50 after having awarded them a forfeit victory. It we didn’t feel Oak Hill or another other team deserved the top spot in our rankings prior, we certainly wouldn’t award them for a victory that wasn’t attained on the court or field of play afterwards.

Baker, by ruling, shouldn’t have played for Hamilton this season and having a player who has exhausted his eligibility gives Hamilton or any other team an unfair advantage. This situation is not the same as the Curie mess, which was based on administrative/clerical-based eligibility issues, but nonetheless this is yet another example of adults failing students with regards to a public education issue.

Sometimes we wonder if some of these eligibility messes would ever arise if the team wasn’t so successful on the court. What if Curie was toiling along at 14-10 or Hamilton at 10-7? Would player eligibility have ever been an issue?

The Scenarios For Hamilton

Hamilton can still finish ranked in the FAB 50, but its mythical national title hopes are basically over. Baker was Hamilton’s third leading scorer at 13.4 points per game and we wouldn’t elevate a team that was ruled to use an ineligible player up in our rankings — unless the results on the court without that player going forward warrant it. That won’t be likely for Hamilton.

On the other hand, we won’t drop Hamilton for events that occurred off the court. Even without Baker, the Wildcats will have a chance to prove they are still one of the nation’s best teams, but as Curie found out, it won’t be easy to put aside all the distractions and lineup adjustments.

We’ll never know how Hamilton would have fared all season long without Baker. You never know who might have stepped up in his absence or if the team had prepared in the preseason without him. Hamilton was ranked No. 19 in the preseason FAB 50 and still has brothers Dedric and Keelon Lawson in its lineup. The Memphis Tiger recruits are strong candidates to be named to the McDonald’s All-American team on January 28.

Any commentary on how Hamilton would have fared against Oak Hill or any of its other 16 opponents without Baker is pure speculation.